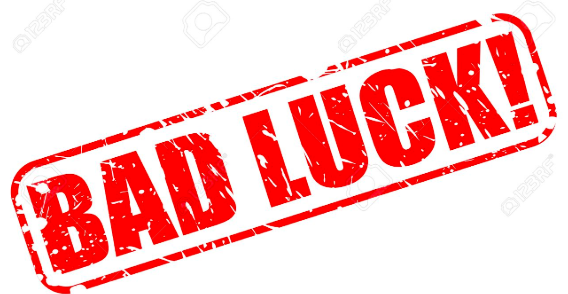 THERE’S USUALLY ONLY ONE TO A VILLAGE …

No, I’m not talking about the village idiot.

Nor am I talking about the village moron.

Today I happen to be talking about the village “Munson.”

Not quite familiar with the term? Let me explain:

In my group of friends, the village “Munson” is the kind of guy who …

ALWAYS spills ketchup on his shirt, no matter how hard he tries not to…

ALWAYS bets on the wrong horse, even though he personally knows the owner of the racetrack…

NEVER made a penny in the stock market, but SWEARS up and down that he told you to buy Facebook at the IPO …

PLAYS lotto every single day of his life, and truly thinks it’s his “lucky day” if he wins back HALF of what he paid for the tickets.

Yep, you know exactly who I’m talking about – the good-hearted guy you love like a brother, even though you won’t let him ANYWHERE NEAR your baseball card collection.

Usually there’s only one Munson to a village.

But as luck would have it, I happened to grow up right next door to an extended family of them.

And though I’ll never go to a Yankee game with him again, I can honestly say that I became best friends with one of them.  I’ll call him Charley.

For almost 15 years, like clockwork, Charley has called me every single day the stock market moves by 100 points or more.

We were literally cleaning lettuce heads from the highway (his father was a trucker and had an accident with a load of produce) when, between shouted obscenities from the passing motorists, we heard the news – the DOW had cracked 500 points.

Maybe it’s some weird Dr. Phil type thing that involves his father (who is no longer a truck driver), lettuce, and me, but from that point on it was habit …

In 1998, he called me on the day of the Asian meltdown and told me to sell every stock I owned and go into business with him.

Fortunately, I declined the business invitation and to decided to buy stocks.  Within weeks I was up over 60% just on my blue chips!

In early 2000 – on the very day AOL bought Time Warner – Charley called me up and said, “Dylan, this market is going right to 20,000!”  I immediately hung up the phone and sold every stock I owned.  You know what happened next.

From September 2008 to March 2009, Charley argued with me almost every single day, telling me this was the “End of America” and our system was doomed.

But with the Dow hitting a low of 6,500, nothing was going to stop me from buying stocks. I had waited my whole life for an opportunity like that.

I even pleaded face to face with his parents.  I told them that opportunities like this don’t come along very often.  But they’re Munsons – they had no idea what I was saying.

Over the years I’ve begun to wonder if legendary investor Ben Graham had his own Charley Munson. Here’s the story as re-told by Mr. Graham’s most famous student, Warren Buffett:

“He (Graham) said that you should imagine market quotations as coming from a remarkably accommodating fellow named Mr. Market who is your partner in a private business.  Without fail, Mr. Market appears daily and names a price at which he will either buy your interest or sell you his.

Even though the business that the two of you own may have economic characteristics that are stable, Mr. Market’s quotations will be anything but.  For, sad to say, the poor fellow has incurable emotional problems.

At times he feels euphoric and can see only the favorable factors affecting the business.  When in that mood, he names a very high buy-sell price because he fears that you will snap up his interest and rob him of imminent gains.

At other times he is depressed and can see nothing but trouble ahead for both the business and the world.  On these occasions he will name a very low price, since he is terrified that you will unload your interest on him.

Mr. Market has another endearing characteristic: He doesn’t mind being ignored.  If his quotation is uninteresting to you today, he will be back with a new one tomorrow.  Transactions are strictly at your option.  Under these conditions, the more manic-depressive his behavior, the better for you.

But, like Cinderella at the ball, you must heed one warning or everything will turn into pumpkins and mice: Mr. Market is there to serve you, not to guide you.  It is his pocketbook, not his wisdom, that you will find useful.

If he shows up some day in a particularly foolish mood, you are free to either ignore him or to take advantage of him, but it will be disastrous if you fall under his influence.

Indeed, if you aren’t certain that you understand and can value your business far better than Mr. Market, you don’t belong in the game.  As they say in poker, ‘If you’ve been in the game 30 minutes and you don’t know who the patsy is, you’re the patsy’.”

Truer words about investing have never been spoken.

And in my line of business that’s what separates the amateurs from the professionals. I almost hate to say it, but the truth is investors like Charley are my bread-and-butter. It’s people like me who end up buying the stocks he sells when he’s in a panic.

The good news is that despite his notorious bad luck, Charley is well-loved by friends and family alike. But a Jets fan, I wonder what would happen to the Patriots season if he ever shook Tom Brady’s hand or asked him for autograph.

God bless you and your loved ones this year,

Dylan Jovine
The Buck Stops Here
Behind the Markets