How I Lost Everything On One Trade. - Dylan Jovine

How I Lost Everything On One Trade. 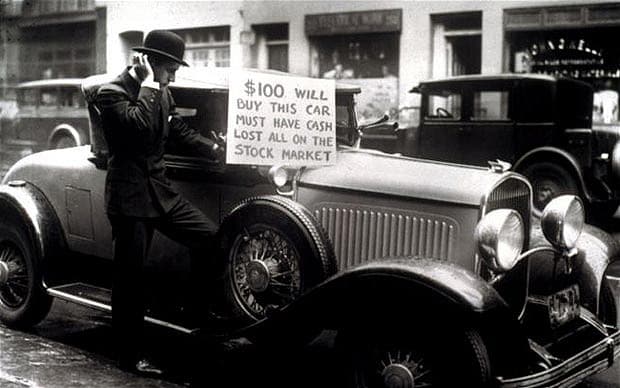 How I Lost Everything With One Trade…
(Please Note: In this short-term series I share events that actually took place in my life. The names of the people have been changed to protect the guilty).

The year was 1994. I was 22 years old at the time. I had been working on Wall Street for all of thirteen months.

My official job title was “stockbroker” and boy I was proud of that. This was back when a stockbroker was still a stockbroker and the job description was the same as it was when it was back in the 1920’s: to convince the wealthiest people in the country to buy stocks you and/or your firm recommended. These days they call themselves “financial consultants” and sell everything from life insurance to mortgages.

But to convince an investor to buy a stock you first have to convince them that you have good research. And since research was the one area of the business I found most fascinating, I spent a lot of time trying to learn the craft.

That’s why I agreed, while still in the firms broker training program, to come in an hour early and stay an hour late every day and help the firms Chief Technical Stock Analyst, Dr. Bob Johnston, update his charts by hand. This was back when stock charts still had to be sent by regular mail each week.

“Doc,” as he liked to be called, was a retired physician who’d built a huge multi-location practice in California and had sold it for millions. But instead of retiring he decided to devote his full attention to investing, which was a lifelong passion of his.

He had come to the firm originally as a client. But it wasn’t long before people were whispering about the savvy investments “the doctor from La Jolla” kept making.

For example, it was said that he called broker Jay Livingstone on the Tuesday before the 1987 crash to sell all of his stocks. The next day he decided that just selling his stocks wasn’t good enough. Betting the market was going to go down hard, he bought $2 million worth of puts.

The word around the firm was that he’d made over ten million dollars that month. Soon, all of the senior partners of the firm were taking HIS ADVICE. It wasn’t long before the owner of the firm offered him a job as the firms Chief Technical Analyst. It was then that he moved from La Jolla, California to an apartment on Park Avenue South.

For a kid who grew up on welfare and food stamps, working alongside him was like working with Gordon Gekko.  But the best part was that Doc was a patient teacher. He didn’t say much. But he turned me onto some great books and when I did make a mistake, he always went to great lengths to explain where I went wrong.

And he had some great connections. For example, the day BEFORE President Clinton gave his first State of the Union speech Doc had an early draft faxed to him. I was stunned as I handed the fax to him. He gave me a knowing smile and said he just wanted to see if the President was going to say Hillary is taking over healthcare (he did).

In short, for an impressionable 22 year old kid who went home to a small apartment in Queens every night, working with Doc was a big deal. I had arrived.

That’s why I readily agreed to stay with him even after I finished the training program and started on my own. Sure, my regular job was hard and the hours were long, but silently working with Doc in his huge mahogany and brass executive office was more like a “peaceful” retreat than actual work.

Of course, it didn’t hurt that I had access to his best ideas before anyone else. But the true pleasure I got on a daily basis was the feeling that we were both prospecting for gold: Quietly searching through hundreds of stock charts in a race against time to discover the perfect investment, competing against thousands of analysts around the world who were doing the exact same thing.

Whenever Doc found a stock he liked, he’d smile and say “That’s a good one,” and put it to the side for further review. But when he found a stock he really loved it was like the temperature in the room changed.

I can see it now. He’d be hunched over the big mahogany conference table in his office staring at the dozens of charts that were laid out. Suddenly, he’d stop what he was doing and put his glasses down. Then he’d take a meaningful puff from his cigar (which he smoked at all hours) and slowly turn around to look right at me and smile. It was that smile that silently said “Eureka.”

And that’s why, on a Monday morning in November, I decided to invest everything I had – right after I was just engaged – into one of Docs favorite stocks.

What happened next changed my life.

God bless you and your loved ones this year,

The Buck Stops Here
Behind the Markets