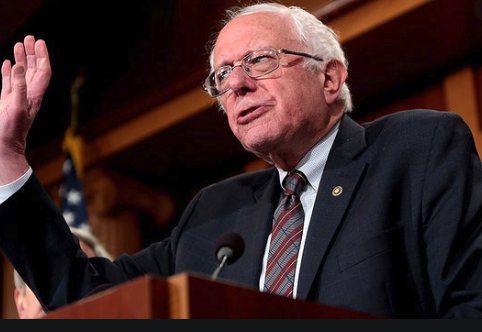 TEAM TRUMP MUST HAVE BEEN DOING HIGH FIVES.

It’s hard to imagine many folks over 60 with a retirement nest egg (and sober) voting for Sanders.

So, Team Trump must have been doing high fives. Everything was going according to plan!

But then along came the Coronavirus. And that’s a different story. That means business is going to slow and that means the stock market is going to get hurt, at least in the short run. Wall Street has to reprice 2020 earnings.

But the real question is where are investors going to go?

Are you gonna go into 10-year U.S. Treasury bonds? They’re yielding an all-time historic low of 1.3%. Imagine that: you give up your money for 10 years and get 1.3% a year for that privilege. You may as well stay in the stock market for that too.

No ladies and gentlemen, smart investors have few real places to go right now. That’s why it’s best to take a deep breath and relax a bit.

This isn’t our first rodeo. The good stocks you own will be fine over time – if they aren’t taken over first.

Now, does that mean the stock market won’t go down from here? Of course not. Scared money isn’t smart money.

But it does mean that at some point soon, investors are going to realize that stock prices are cheap enough…and interest rates are low enough…to start buying again.