War with China Over Trade Deficit 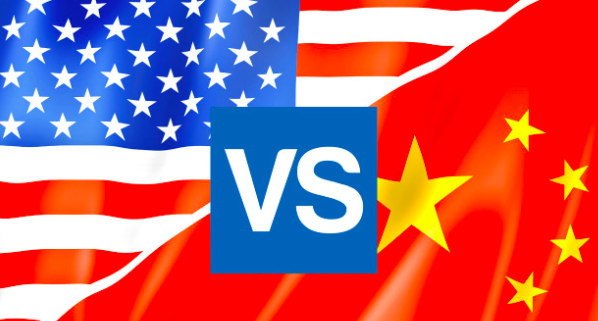 Almost two centuries ago, in the fall of 1839, the British Empire went to war over its trade deficit with China.

Much like today, China was running a huge trade surplus with its trading partner, Great Britain. And much like today, Britain believed that running such large trade deficits was draining all of its wealth.

In an effort to even the imbalance, Britain began to sell opium within China. In response, China outlawed opium. Britain’s use of force to open China’s markets pushed both countries to war.

The First Opium War lasted almost three years and ended with China’s emperor being forced to sign the Treaty of Nanking.

The treaty forced the Qing government to open China to more foreign trade and to pay reparations to Britain for the destruction of its opium. It also forced China to hand over administration of Hong Jong for over the next hundred years.

To the Chinese, the modern history of their country begins with the First Opium Wars. They call that and the next hundred years of imperialism their “Century of National Humiliation.”

(It is absolutely critical to keep that in mind whenever analyzing China’s motives today, as well as the wiggle room their leadership has to negotiate).

What is our current trade war with China about?

On the surface it’s about the same things as Great Britain’s almost 200 years ago: our trade deficit.

But beneath the surface there’s something much more sinister going on – and the outcome will determine the future of the world we live in.

Let me use wireless 5G standards as an example:

Right now the wireless internet is run on something called a 4G or fourth generation broadband cellular network.

Whenever you use your cell phone to make a call or surf the web, you’re doing it via an intricate web of routers, wireless towers and bandwidth. This web of interconnected devices is on its fourth generation of technology, which is why its called 4G.

Currently, the United States and our European partners own the companies that run the worldwide 4G network.

And why not? Our companies (i.e. Cisco, Nortel Networks, Dell, Qualcomm, etc) literally invented the technology to do it.

Not a Trade War but a “Tech War”

China can’t do anything about the current infrastructure. It’s already too established.

But they’re trying to do everything in their power to dominate the roll-out of the fifth generation broadband cellular network, or 5G.

Why is 5G so important?

Because 5G is the technology that is going to make things like self-driving cars possible.

It allows for more data to move wirelessly and at a much faster rate than 4G technology.

In other words, it’s the future. And trillions of dollars will flow to the companies inside whichever country controls it.

But thats not even the worse part.

The national security implications of letting China control the basic technology that governs our entire cellular network infrastructure are dire. For example, China could shut off our entire communications networks in the event of a conflict.

China knows that. And they want that advantage. But first they need the technology.

That’s why they’ve been trying to steal every piece of 5G technology we have.

They steal the technology, try to improve it and then call it their own. Then they take it and get patents on it for their own companies.

Fortunately for us, President Trump knows what China’s really up to. That’s why he’s been so consistent in the pressure he’s keeping on them.

But whether this particular conflict ends quickly or not is really beside the point.

And that means that the 21st Century will be defined by the conflict between the West and China.

What does that mean for the West?

In the next three weeks, I’m going to discuss the threat we face as Americans.

But I’m going to look at it through the lens of which American companies are best positioned to meet that threat – whether in the defense or technology sector.

I look forward to having you on board for this three-part series.